All Eyes on Big-X Bartlett as Heat, Strikers Eye Return to Winning Ways 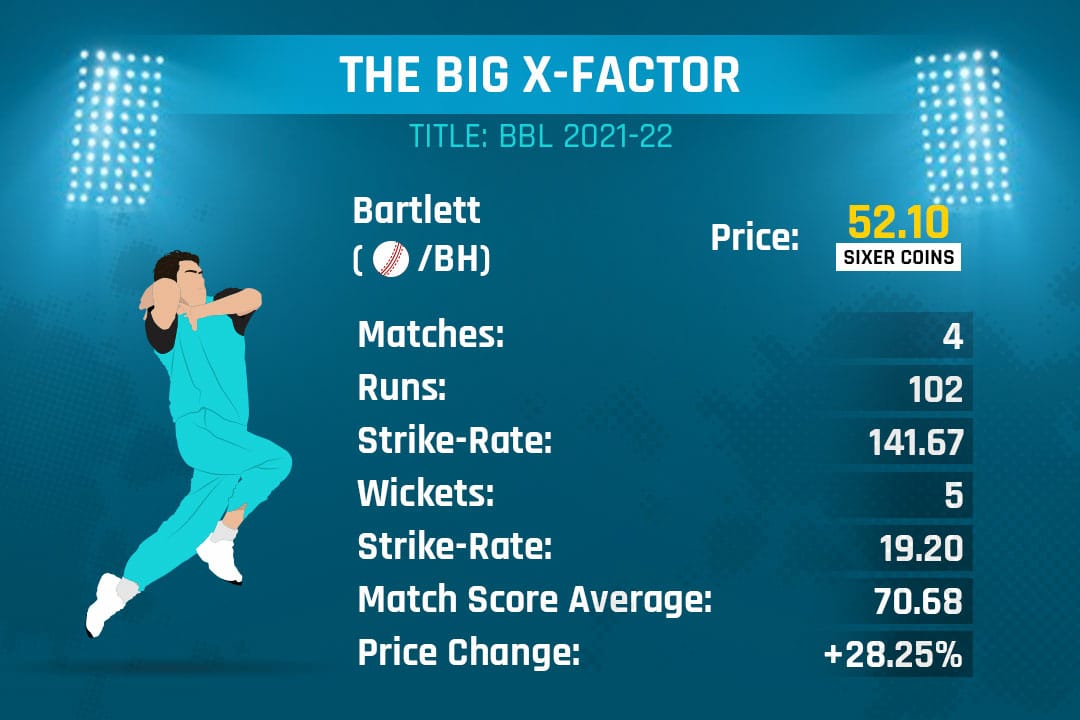 Xavier Bartlett has been the standout player of the Brisbane Heat despite their inconsistent start to BBL 2021-22! But can he sustain his form as the Heat travel to the Adelaide Oval on Thursday?

As the BBL points table slowly takes shape, a win is hard to get by and as valuable too. Just ask the Brisbane Heat and the Adelaide Strikers, who have won just two games between so far. Both of them are set to face off at the Adelaide Oval with a win being imperative for their playoff hopes.

While the ball is firmly in the Strikers' court given the home conditions, the Heat will be keen to get some momentum under their belts going into the crucial middle phase. It hasn't been the best of tournaments but there has been one major plus point for them.

Xavier Bartlett, who was often subbed out for an X-Factor sub has actually proven to be the X-Factor with both bat and ball for the Heat. Despite the Heat winning just one out of four games so far, Bartlett has impressed in all four of them, holding himself in good stead, both on the field and in the Sixer Market! To get a measure of how good he has been for the Heat, here's some much-needed insight to get you going in the Market!

Xavier Bartlett had a standout BBL season last time around despite being often subbed out for an X-Factor player. Although we only got to see him bowl one over with the new ball on many occasions, there were signs that he was always going to be a special player.

With Swepson and Steketee missing out on a few games, the onus fell upon Xavier Bartlett to lead the attack for the Heat and boy he did it with aplomb. The express pacer has continued to impress with the new ball although he has been a touch expensive this time around. He still has five wickets to his name, a decent return for a player playing in just his second BBL season.

However, it has been his batting that has taken the league by storm. Bartlett has scored 102 runs in four games at a strike-rate of 141.67, a stunning return for someone who bats at number seven and eight. As a result, his price has zoomed up by 28.25% in BBL 2021-22 with a match score average of 70.68 doing his fantasy stock price a world of good.

His all-round ability is something that fans have taken note of and something that the Heat will also likely lean on in the coming days. With an extended run on the offing, surely Bartlett is in for a big season as he strives to prove a point in the Blue of the Brisbane Heat!