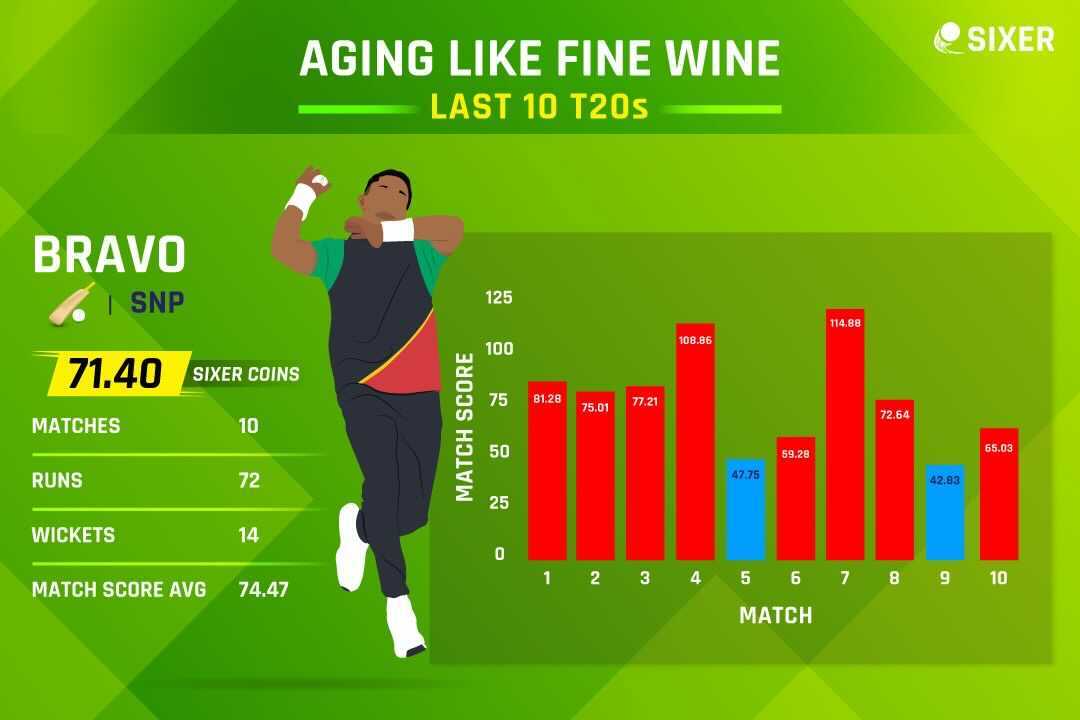 The CPL has already delivered some entertainment in just the seven games so far. From Andre Russell blitzkrieg against the St Lucia Kings to Isuru Udana's fifer, the CPL has lived up to the hype.

In today's double-header in the CPL, we have the St Kitts and Nevis Patriots taking on the Jamaica Tallawahs in what promises to be a cracking game of cricket. With some of the format's most explosive players taking centre stage, we are in for an absolute treat.

Speaking of explosive players, our focus turns to the Patriots captain Dwayne Bravo. The veteran all-rounder, who has had his fair share of success in this format, is gunning for another CPL trophy this time around. Although he has had his battles with injury as well, Bravo seems to be ageing like fine wine.

With runs and wickets to his name over the last few games, Bravo is turning the clock back with some vintage performances. To get a better idea of how good DJ Bravo has been, here's some much-needed insight to help you out in the Sixer Market!

DJ Bravo is known for his pinpoint yorkers and his variations in the shortest format. However, he hasn't been quite active on the international stage for quite some time. He recently made his return with the ICC T20 World Cup 2021 on the horizon.

Although his age is on the higher side, Bravo's performances tell a different story altogether. In his last ten T20s, Bravo has scored 72 runs and 14 wickets. He has excelled in the backend of the innings, often picking wickets for fun.

These aren't just plain numbers, though. Bravo has averaged a match score of 74.47 in his last ten games with only two scores of 50 or less in it. His economy in the backend has been brilliant. With these performances coming against the likes of South Africa and Australia, there is definitely some merit in his performances leading up to the IPL and the ICC T20 World Cup.

With his price on the higher side in the Sixer Market, Bravo might feel a touch overpriced. However, he still has a lot to offer in the Market with both his experience and skill. With the pitches in the CPL likely to slow down as the tournament progresses, Bravo is sure to be a handful for opposition batting units!