All Eyes on De Kock as Brave-Phoenix Clash Beckons in the Hundred! 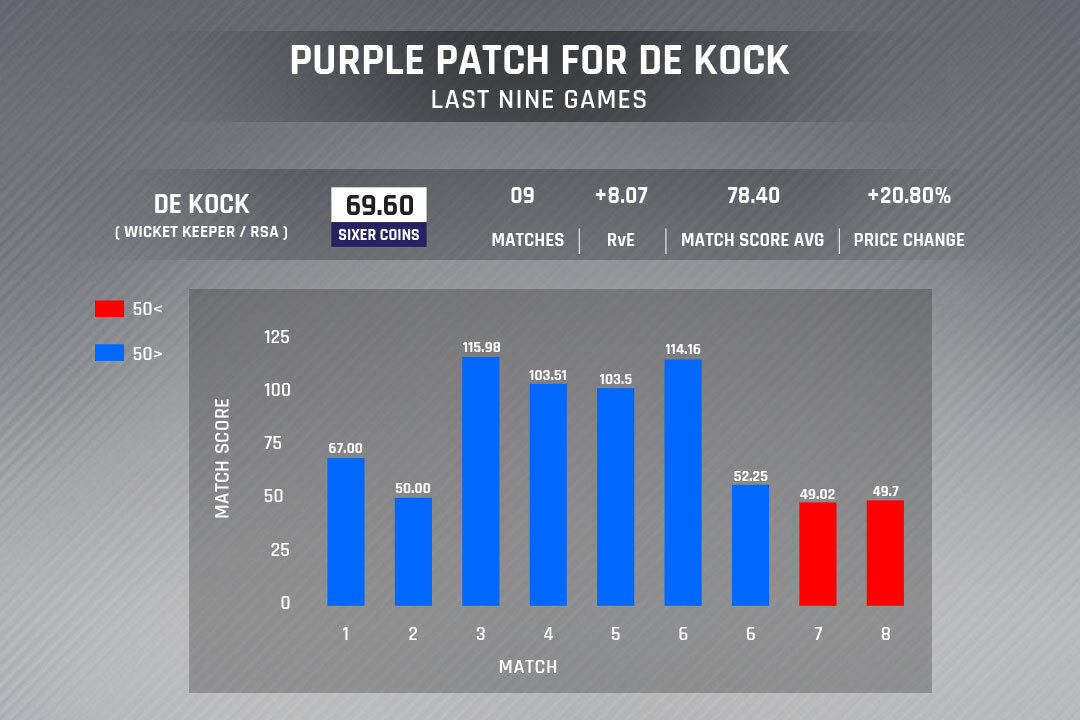 It was a pretty eventful day in the world of cricket and the Sixer Market, with Sri Lanka sealing a series win against a depleted India side. However, the Indians still boasted of a decent top five, undone by birthday boy Wanindu Hasaranga. Hasaranga became the first bowler to register a 150-match score with just the ball this year. His figures of 4 for 8 laid the foundation for Sri Lanka, which barely reached expectations against what could be called India's C Team.

However, what's done is done, and we have got a heap of action to look forward to today. The Southern Brave take on the Birmingham Phoenix at the Rose Bowl amid a heap of Royal London One Day Cup games. While the likes of Moeen Ali and Liam Livingstone are set to star for the Phoenix, they come across a wounded Southern Brave side looking to make amends for their slow start to the Hundred.

Earmarked by many as the early favourites, Southern Brave are yet to come up with a complete performance with bat and ball. However, this could well change with the arrival of Quinton de Kock, who has been in superb form off late in the international arena. As we build up to the all-important Hundred clash, here's some much-needed insight on Quinton de Kock's recent exploits in the T20 format and also his debut in the Hundred earlier in the week.

Quinton de Kock is undoubtedly one of the best openers in the world. However, he has taken his game to the next level in the last few months. In fact, in his last nine games, de Kock has seen a price increase of nearly 20.80%! This has been largely due to his match score average of 78.40, one of the highest for a wicketkeeper batsmen since the start of May!

The South African has struck a chord with consistency in the white-ball formats. In fact, he has only failed to get a 50+ match score in two attempts, one of them being on his Hundred debut. However, he scored a blazing cameo at the top of the order, earning him a match score of 49.7.

The Southern Brave are yet to open their account but if they can get the best out of their star opener, they could prove to be a handful. Not to mention, they've got the likes of James Vince and Devon Conway to bank on as well. But if you think de Kock is the way to go in the Sixer Market, 69.60 Sixer Coins per Share is what it's going to cost!