All Eyes on Finn Allen as Hundred Nears the Business End! 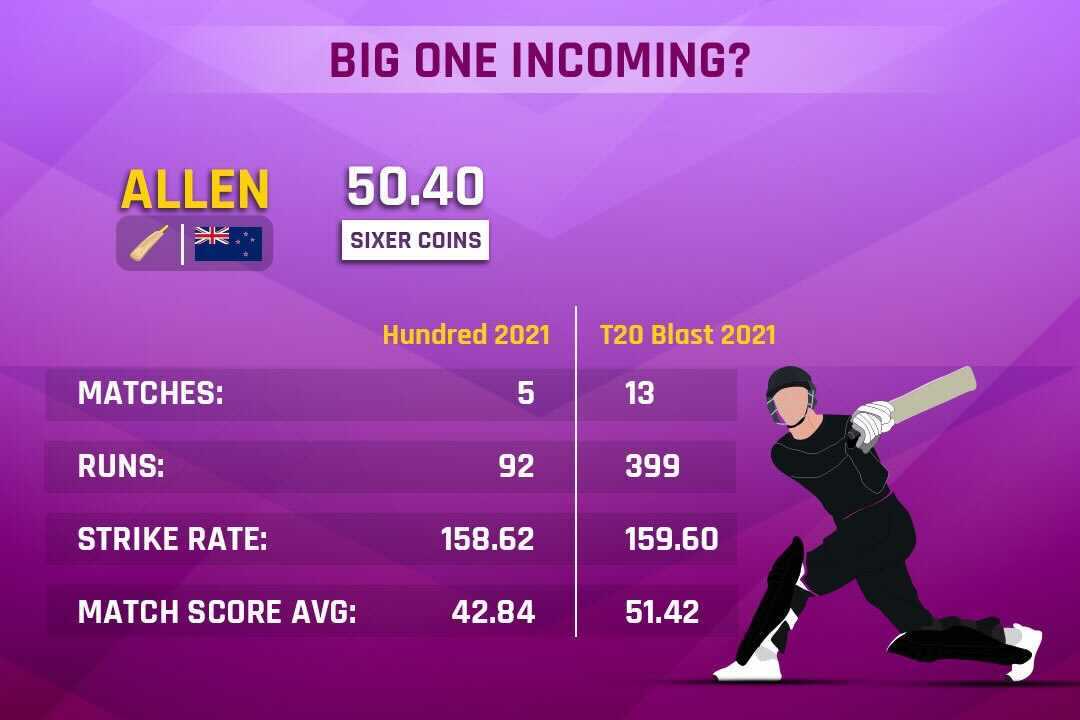 The Hundred has opened up more opportunities for youngsters, to rub shoulders with the best and also stake a claim for future honours. While the Hundred nears the all-important knockout phase, some budding talent have already made a name for themselves.

While Harry Brook is the talk of the town owing to his explosive batting ability, the likes of Matt Carter and Will Smeed, someone we may see soon in the Sixer Market, have also done well in the Hundred.

However, one youngster who was touted by many as the one to watch out for in the Hundred was Finn Allen. The Birmingham Phoenix opener has blown hot and cold this season although his talent is there for everyone to witness.

Perhaps one of the best young talents in the world, Finn Allen has impressed one and all in his short career so far. However, Allen hasn't quite fired in the Hundred for Birmingham Phoenix. As the tournament enters the business end, here's an insight on Finn Allen and his recent performances in the Hundred!

A Big Knock On the Horizon for Young Allen Against Welsh Fire?

Finn Allen has seen a rapid rise to prominence in world cricket. After a sensational campaign with the Wellington Firebirds, Allen was fast-tracked to the New Zealand set-up and shortly signed up a deal with the Royal Challengers Bangalore as well.

Although he couldn't get his maiden IPL cap, Allen earned a big stint with the Lancashire Lightning in the T20 Blast. Allen didn't disappoint for Lancashire as he smashed 399 runs in 13 innings at a strike-rate of 159.60. Allen is known for his ultra-attacking approach in the powerplay overs, something that caught the eye of the Birmingham Phoenix think tank as well.

Although Allen hasn't changed much in his approach, the nature of the pitches have had a say. Apart from Edgbaston, the other venues have been slower in nature due to the Men's Hundred's games being played right after the Women's Hundred game. Allen, who isn't a great player of spin, has often thrown away his wickets to off-pace deliveries and mistimed pull shots off back of a length deliveries.

Allen is in no danger of being excluded from the playing 11 given his enormous potential. In addition, he faces a Welsh Fire side that doesn't have many spinners who can hold their own in the powerplay. Also, the nature of the pitch in Edgbaston bodes well for Allen, who is due for a big score.

Sometimes it may just be a matter of one good knock for players such as Allen, who is one of the cleanest hitters of the cricket ball. Priced at 50.40 Sixer Coins per Share, Finn Allen promises a lot in the Sixer Market. With a heap of action following the Hundred for Allen, he could well be a shrewd acquisition in the Sixer Market. But can he sustain his attacking instincts and hand his fantasy shareholders a profit? Only time will tell!