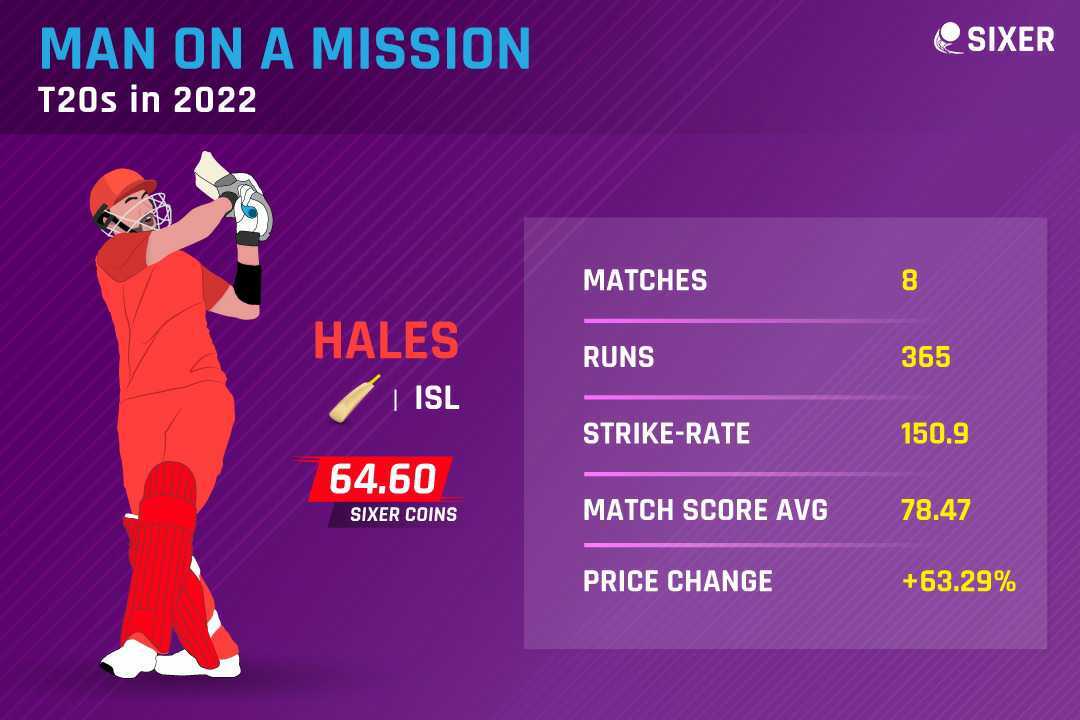 The English T20I and ODI setup are perhaps the best in the world. They've got the perfect template in place which has seen them make at least the knockouts in the last few ICC tournaments.

A part of their success can be attributed to their emphasis on building a big roster. Apart from the usual suspects in Jos Buttler and Ben Stokes, they've got some stunning young talent coming up the ranks in Harry Brook and U-19 captain Tom Prest.

This, however, denies some of the world's best talents some regular game time. Someone like Sam Billings, who is a regular across many franchise league teams, is regularly on the bench when it comes to the English National team.

Another player who faces the same treatment, more or less, is Alex Hales. The English opener is a hot prospect within the T20 circuit and has been a success in the international arena as well. However, discipline has been his issue, something that is well in his past now.

But the English continue to ignore his brilliance, which is at a whole new level since the start of the new year. Hales has been on fire, both in the Big Bash and the Pakistan Super League with his fantasy stocks selling out in a matter of minutes.

To fully understand his stellar form in 2022, here's some much-needed insight on Alex Hales and his brilliance. Here. We. Go!

Alex Hales' 2022 didn't start on the right note as he was sidelined with COVID. Since his return, Hales has been virtually unstoppable. In eight T20 matches, Hales has scored a whopping 365 runs at a strike rate of 150.9. As previously mentioned, Hales averaged a match score of 78.47 on Sixer but that's not all! His fantasy valuation rose by a whopping 63.29% per share, which was among the highest in January.

Hales has looked more attacking in the first ten balls he has faced during this period, which has seemingly set the tone for a big and impactful knock. His gameplay against spin has also improved, holding him in good stead.

What Next For Alex Hales, the T20 Gun for Hire?

Alex Hales has become a permanent fixture in two of the best leagues in the world - the Big Bash League and the Pakistan Super League. However, Hales will be eyeing an IPL contract, something that has eluded him over the last few seasons.

He has featured for a couple of franchises in the past but with a better build-up to the auction and experience under his belt, Hales will fancy a bid from one of the ten franchises. Hales is expected to stay for the whole tournament, unlike some Englishmen who would have national duty to tend to in May.

While his valuation or base price in the auction reads INR 1.5 Crore, he could well and truly prove his critics wrong if given the chance. With a heap of experience and a knack for scoring big runs, Hales is surely one to keep an eye out for in the IPL auctions later this month.