All Eyes on Mitch Marsh as Scorchers-Sixers Cross Paths in the BBL Final! 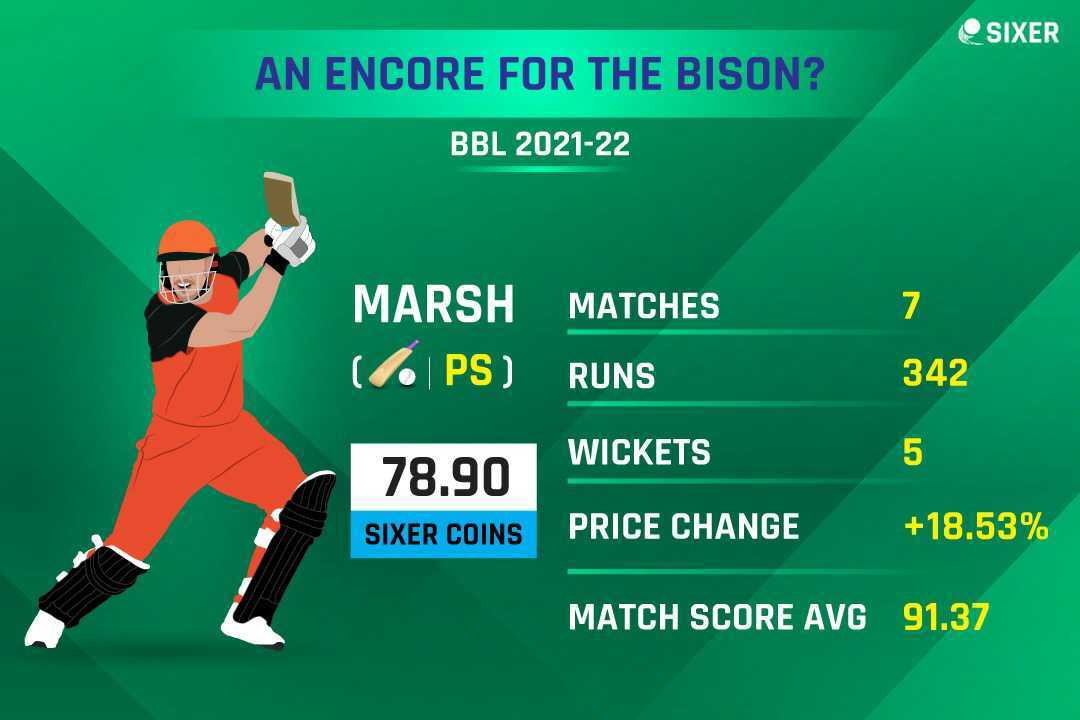 But there are more narratives and storylines to this clash. The Sixers are on the verge of a three-peat, a feat that is yet to be accomplished in the BBL. Not to mention, the Sixers beat the Scorchers last season to win their third BBL trophy!

Apart from the rivalry between the Sixers and Scorchers, there's the rise of Mitchell Marsh in world cricket! Often regarded as one of the most talented players, Mitchell Marsh had been a case of 'talent went to waste' until early 2021.

Since his promotion to number three for Australia, Mitchell Marsh has been a revelation. He has scored a truckload of runs, even winning the man-of-the-match award in the ICC World Cup 2021. But his performances for Perth Scorchers have been out of this world! To get a better idea of his performances and why his presence hands the Scorchers the favourites tag, here's some much-needed insight to get you underway!

Yes, you read the correctly. 91.37 is what Mitchell Marsh averaged in terms of match score in the BBL this season. The Perth all-rounder has been in brilliant form with the bat, scoring 342 runs at a fair rate. He has a couple of 50+ scores, including a scintillating hundred early in the tournament. But again, that's not all!

Mitchell Marsh has been handy with the ball as well. His tally of five wickets might not seen much but given his utility as a sixth-bowling option, he has done his bit. Batting at three in the manner befitting of a world-class player and also adding balance with the ball is what makes Marsh so special.

Although Marsh isn't expected to bowl in this BBL final, his batting alone should earn him a spot in any fantasy portfolio. Given that his price has increased by a whopping 18% in BBL 2021-22 shows you what kind of a player he is when on song. But can he go the distance and replicate his form on the biggest stage? Only time will tell!

With a few days left for the IPL, here's some much-needed insight to get yourself up to speed in the Sixer Market....