Are the Stars Getting the Most out of Tassie All-Rounder Webster? 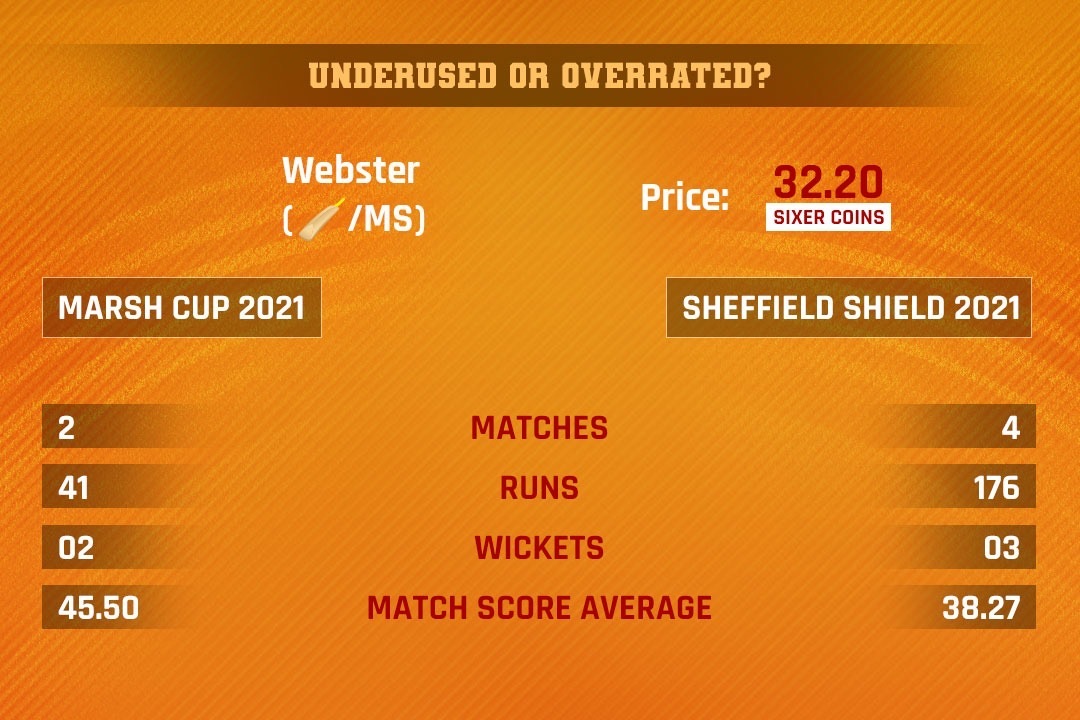 The Melbourne Stars are back in action in the BBL as they travel to the Gabba to face the Brisbane Heat. Staying true to their name, the Stars have a plethora of stars in Glenn Maxwell, Marcus Stoinis and Andre Russell, who plays his final game of the BBL season today.

However, Andre Russell's absence leaves a big hole in the Stars set-up. The Windies all-rounder is one of the premier finishers in the world and given his exploits with the ball this season, the Stars will be wary of the implications of his departure.

But again, the Stars have some resources in their ranks, something we will touch upon in this segment. So without further ado, here's some food for thought to get over the Monday Blues!

Haris Rauf is set to don the green of the Melbourne Stars yet again. He will slot in for Andre Russell although this does impact the batting depth and balance of the side. The Stars are likely to bring back Larkin to the side given Beau Webster's woes with the bat. But given how the first probable XI pans out, the Stars look heavily reliant on their top four to the do their bidding with the bat!

Beau Webster is the way to go for the Stars?

This line-up does compromise a bit of the bowling depth but on a whole it looks good. Maxwell the bowler is a decent shout although four overs on a consistent basis isn't too viable in the long run. But again, the Stars haven't really used one of the more resourceful asset - Beau Webster.

Beau Webster is a fine batter who can use his long levers to good effect. However, he is just about his batting. Over the last season or two, Webster has worked on his bowling, something that his state team Tasmania has put to good use.

Webster's numbers in the Sheffield Shield and Marsh One-Day Cup aren't too great but his resourceful stands out. He has picked five wickets in six innings with the lanky batter capable of bowling both medium-pace and off-spin. The same skill-set is good enough to be used in the BBL but the Stars haven't really used him in that aspect. But if he can be used in that regard, Webster could alleviate some of the concerns that will arise with Russell's departure. A lot will depend on him if he were to provide the balance in the middle-overs. If you think he can deliver, the Sixer Market is the place to be!