Can Harshal Replicate his IPL Form onto the International Stage? 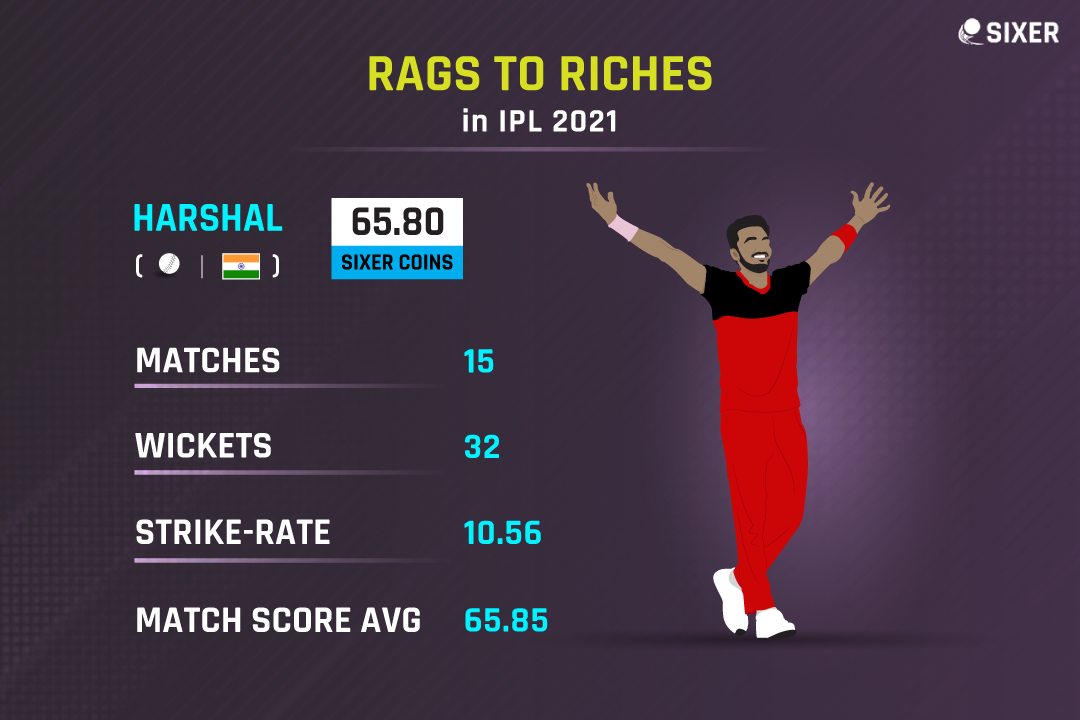 After a disappointing T20 World Cup 2021, Team India is set to embark on a new journey under the able leadership of Rohit Sharma and the astounding tutelage of new head coach Rahul Dravid.

Team India is set to face New Zealand in a handful of T20Is, starting this Wednesday. With the next T20 World Cup set to take place in Australia in 2022, India will need to get their act right in terms of their squad selections.

With the turnaround period for the Indians being short as far as this series is concerned, a couple of new faces in Mohammed Siraj and Ruturaj Gaikwad are set for an extended run in the national set-up. However, our focus for today will be on Harshal Patel, who is set for a first national team appearance in this series.

Harshal Patel had a surprising yet sensational campaign with the Royal Challengers Bangalore in IPL 2021, breaking a few records on the way as well. However, international cricket isn't everyone's cup of tea with players struggling to adjust right away. So without further ado, here's some insight into Harshal Patel's IPL performances and what he brings to the table for Team India.

Harshal Patel's success is perhaps unparalleled among bowlers in the IPL. Harshal, who was traded in by RCB ahead of the IPL auctions, picked 32 wickets in 15 games, the highest for any bowler in an IPL season. His wicket-taking ability was on full display yet there is more to him than just the number 32.

Harshal Patel is a clever operator who has an array of variations under his sleeve. In addition, Harshal can also nail the yorker at the time of need, which served him well in the death overs. He isn't known for his new-ball bowling skills but can get the ball to swing around, something he does for his state team Haryana.

What makes Harshal a valuable asset is that he finds a way to pick wickets in the middle overs. This was an area in which India struggled for breakthroughs in the T20 World Cup. While Jadeja and Ashwin did make up for the middle-overs in the latter half of the Super 12 phase, the UAE conditions also played a role.

With the next World Cup being played in Australia, India will be looking to forge a pace-heavy bowling attack. While Jasprit Bumrah and Mohammed Shami look set to continue their roles in the side, the addition of Harshal Patel as a middle-overs enforcer makes sense.

In addition, Harshal Patel is more than a handy batter as well. Although RCB didn't use him in a batting capacity as much, Harshal bats in the top-order for Haryana, which may hand him the edge over Siraj and Bhuvneshwar. But the T20 WC in Australia is still nearly 11 months away. Harshal will have his eyes set on making an impact against the Kiwis, which may ultimately prove to be decisive in his blooming career!