Coming Off Age! Is Sam Curran the Next Stokes' for England? 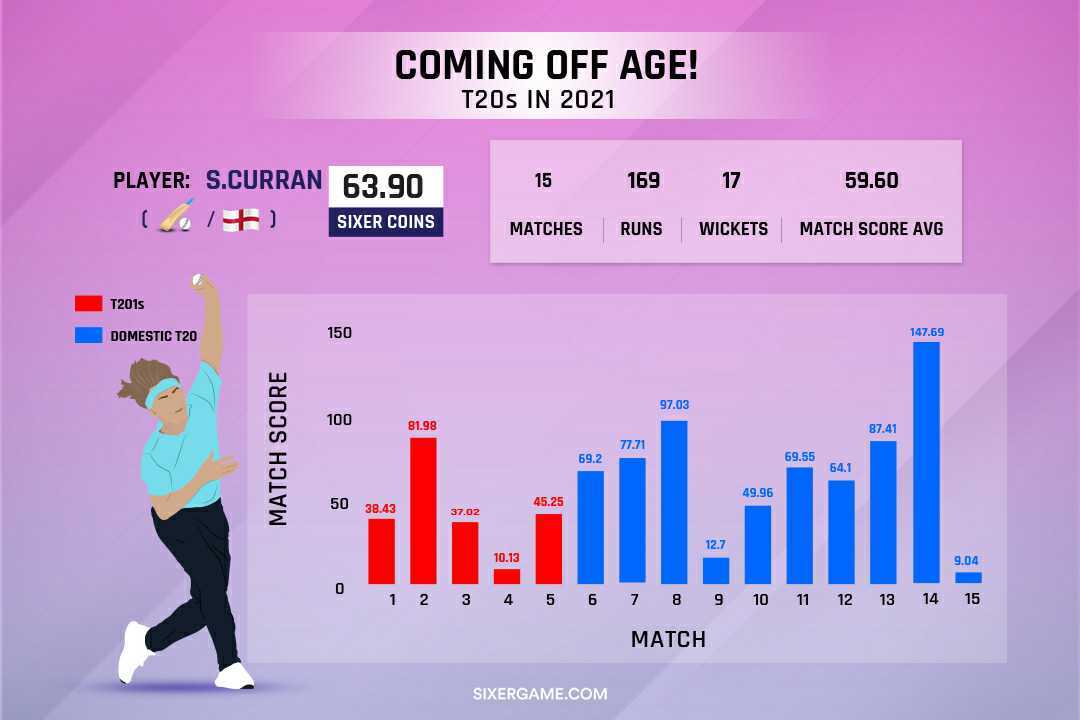 England has seen a rapid rise in the white-ball formats, with Eoin Morgan's ultra-aggressive approach boding well for the nation. The pivotal aspect of Morgan's plan is the depth and balance the England team can offer.

Balance and depth are two qualities that are synonymous with the presence of genuine all-rounders. Although spin-bowling all-rounders such as Moeen Ali have added value, England has banked on Ben Stokes to deliver the goods with bat and ball, more often than not.

Ben Stokes is equally skilled with bat and ball, often coming up clutch for England. One only needs to look back to the ICC Cricket World Cup Final for an example of his talent. However, Stokes isn't going to be around forever and given his injury concerns, a backup option is critical to England's fortunes!

However, Morgan has already found his man in Sam Curran, who has been a revelation with his left-arm pace and clean hitting in franchise leagues. Although Curran is relatively young, he has shown maturity beyond his age. But what makes Curran the successor to Stokes, who is regarded as one of the best all-rounders in the world? An insight into this T20 performances is in order to find out more about Curran!

Curran Averaging A Match Score of Over 65 in Domestic T20 Leagues in 2021!

Sam Curran, for those who aren't aware, is equally gifted with bat and ball. He has batted higher up the order for Surrey and Chennai Super Kings, vindicating the faith put on him with some stellar performances.

However, the English setup is a lot different. With talent such as Jos Buttler and Ben Stokes having to occupy middle-order slots, Curran is viewed largely as a bowling all-rounder who can nail the yorker and swing the ball both ways.

With the depth and balance that England possesses, Curran might be a touch under-used by England in T20Is. This can be seen in his match scores, with only one 50+ match score to his name in five T20Is. Although Curran is still raw in terms of skill-set, he has done well batting way down the order and bowling two to three overs more often than not.

However, Sam Curran has seen a jump in his match score average by nearly 60%, with his stint with the Chennai Super Kings working wonders for him. He was used as a new ball bowler and a designated pinch hitter, two of his greatest strengths, something that helped him achieve a couple of 50+ match scores.

This continued with Surrey as well with a 150 match score to his name. In fifteen games in 2021, Curran hasn't really excelled with bat and ball but has a respectable 169 runs and 17 wickets to his name. But he has shown glimpses of holding his own in the top-order, akin to Ben Stokes.

However, Stokes isn't as skilled as Curran with the ball with the left-arm pacer winning England a few games with the ball in Test cricket. A left-hand batsman and a left-arm bowler is a deadly combination, something that adds a different dimension to the unit.

While the early signs are promising, Morgan could well bank on Curran to deliver the goods in the coming years. With England looking to build towards the future, we could be seeing a lot of Sam Curran in franchise cricket and international cricket.