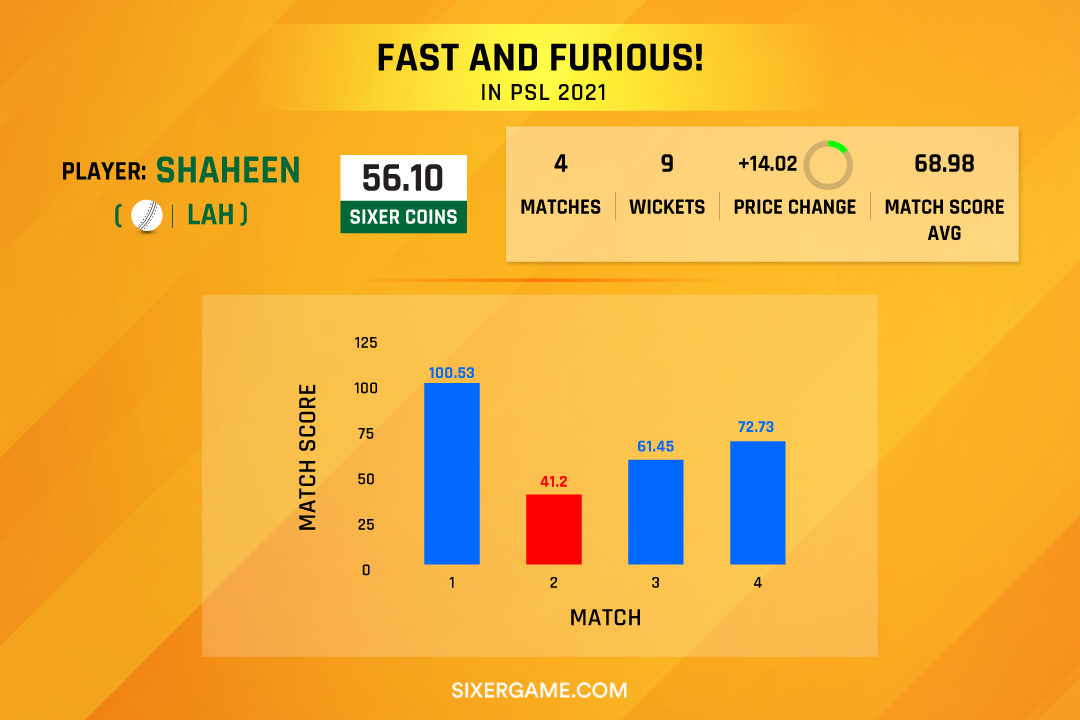 After being cut short in February, the Pakistan Super League is back today! Cricket fans are in for a treat with as many as twenty games taking place in the space of nearly two weeks at the Sheikh Zayed Stadium. Despite a few overseas players not being available, Andre Russell and Rashid Khan's likes more than make for the star quotient that's in the league.

The first game to get us off in the second phase features Lahore Qalandars taking on Islamabad United. Both teams won three out of their four games before the suspension. Islamabad, in particular, was impressive with its squad balance and depth shining through. The revival of Hasan Ali's form was instrumental.

Lahore also followed a pretty similar script with decent batting performances complementing the sheer pace and accuracy of Shaheen Shah Afridi. The lanky left-arm was all over the opposition and will be expected to continue for where he left off!

Although he was neither the most economical nor the highest wicket-taker in the league, Shaheen Afridi was as crucial as any player in the league for Lahore Qalandars. As the wait for the PSL restart inches towards an end slowly, here's some much-needed insight on Shaheen and how he remains crucial to Lahore's chances of a first-ever PSL trophy!

Consistency the Key for Shaheen; Match Score Average of 68.98 in PSL 2021 so far

Lahore Qalandars were the butt of all jokes until Shaheen Afridi sprung himself onto the big stage. He topped the wicket-takers charts in 2020 and looked set to repeat the trick this season.

In his four games in PSL 2021, Shaheen has hardly given away anything. He was nine wickets in four games, including three in his last game before the suspension. Only Saqib Mahmood has more wickets than him at the time of writing.

But what really stood out was his consistency. He had only one score below the 50-mark, with his match score average of 68.98 being one of the highest for a bowler in the season. His searing yorkers in the death were one of the prime reasons why Lahore won a couple of games.

Although his PSL numbers are great, all of it happened a couple of months ago. While his price did increase by 14%, it was before the suspension. But for fans wondering over his recent form, the signs are bright.

In his last four games, Shaheen's price has risen by a whopping 11% despite playing second fiddle to the rampant Hasan Ali. Although workload could be an issue with the left-arm pacer, he can enjoy and make good use of the conditions with the new ball in Abu Dhabi.

With form and momentum on his side, Shaheen will be gunning for the top of the wicket-takers charts yet again. But only time will tell if he can repeat the trick and outperform the likes of Hasan Ali and fellow teammate Rashid Khan. If you think he can do so, 56.10 Sixer Coins per Share is all it takes to back him in the Market!