Prelude to the Ashes? All Eyes on Warner Ahead of England Clash! 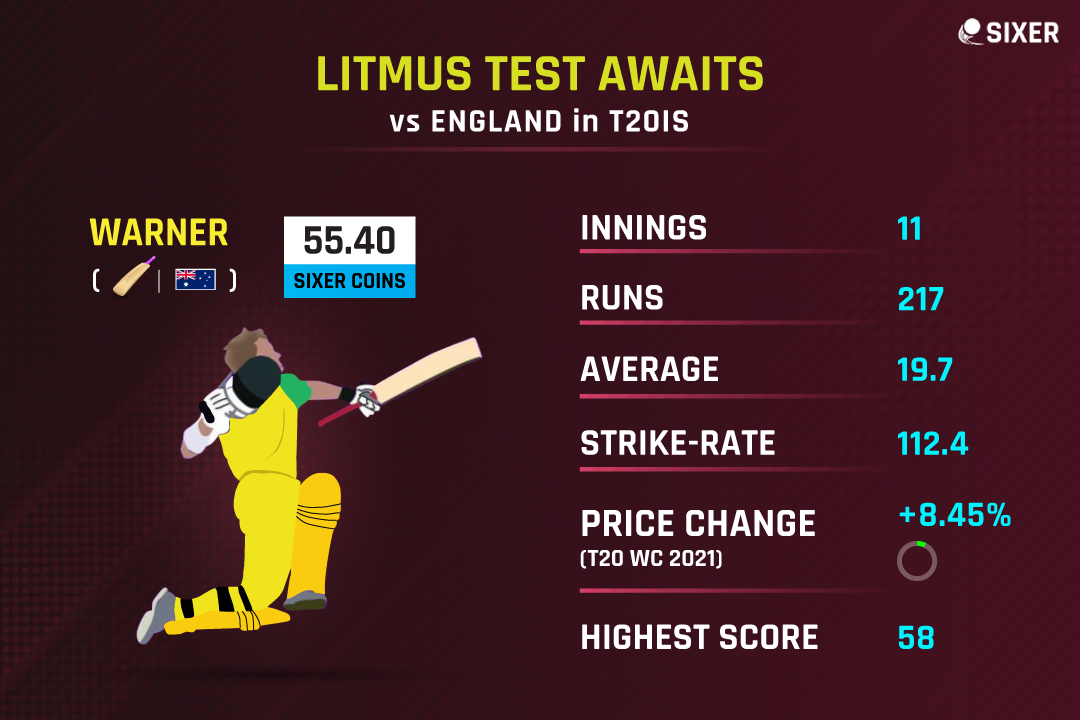 Perhaps the second biggest rivalry in world cricket, with a fair shout of being the top one as w,ell, England and Australia are set for battle in Dubai later today. Both teams have won both their clashes so far and look to go top of the table and potentially seal a semi-final berth in the process.

While this game has a lot of context, this would also serve as prelude to the upcoming Ashes in Australia. Given the talk that has gone about in the last few months, surely this Ashes is worth waiting for.

But we aren't going to talk about red-ball cricket at the moment! It's all about the ICC Men's T20 World Cup 2021. The English head into this game as the clear favourites but they will be wary of what a certain David Warner is capable of, especially with the southpaw getting back to his best against Sri Lanka!

However, it isn't as simple as that! Despite David Warner's recent form, his record against the English isn't quite good, which is something we will cast our eye upon. So without further ado, here is some much-needed insight to get your weekend underway!

Can Warner Overcome His Poor Record against Eoin Morgan and co?

Despite David Warner's dominance in this format, his record against the English isn't great. He has scored just 217 runs 11 outings with a strike-rate of less than 120 to show for his efforts. Although varied conditions and scenarios could be a factor, these numbers aren't usually associated with Warner's batting prowess.

He wasn't in the best of forms coming into this tournament as well. However, he scored a blitzing fifty against Sri Lanka to silence his critics. England will be wary of Warner. Their lead spinners Rashid and Ali don't have a great record against the southpaw, who is a sensational player against pace as well. But can Warner sustain his new found form? Only time will tell!