Return of the Big X! Can Bartlett Continue His Sizzling Form against Rashid and co? 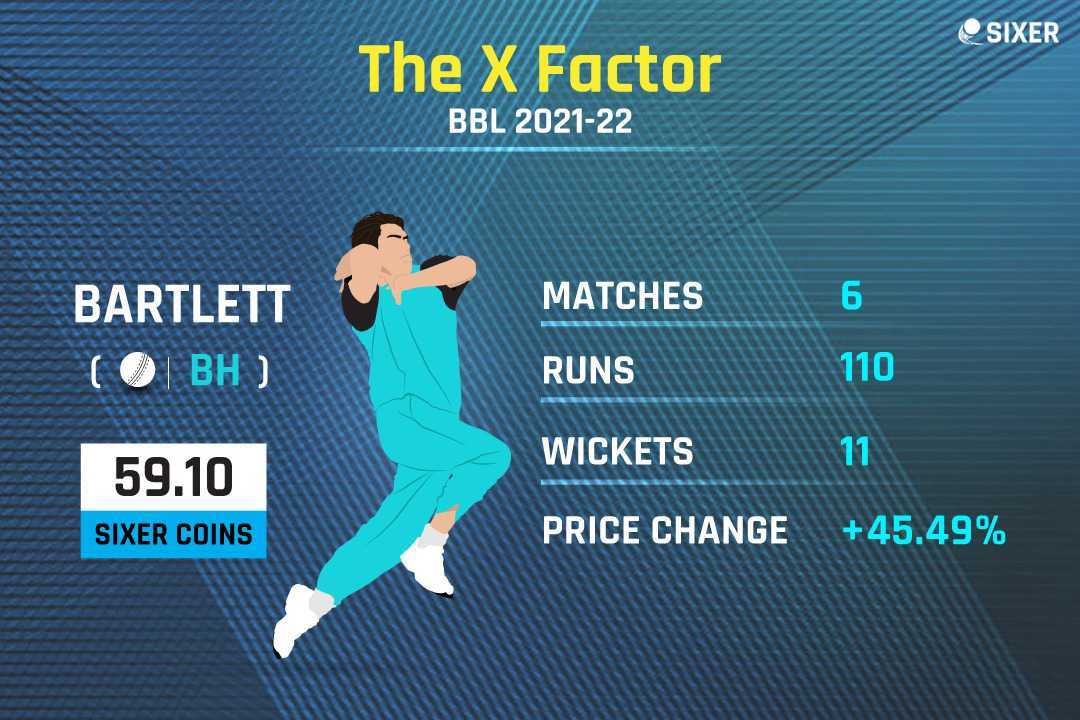 The BBL league phase is slowly drawing to a close with the fight for the top-five spots going strong. Although COVID did take a toll on a few squads, everything is up and running again as the Heat welcome back a plethora of stars ahead of their must-win clash against the Strikers!

Among that plethora of stars returning for the Heat is Xavier Bartlett, who has shone the brightest for the Brisbane-based outfit. The youngster, who was mostly subbed out after bowling one solitary over in the powerplay last season, has been their go-to player with bat and ball. To get a better understanding of his performances, here's some much-needed insight to get yourself going in the Sixer Market!

Xavier Bartlett showed glimpses of his ability with the ball last season but this time around, he has taken it up a notch. In just six games, Bartlett has picked 11 wickets at an average of 18.18. Apart from his incisive swing bowling, Bartlett has excelled in the Power Surge, even nearly defending two runs in the final over against Sean Abbott and the Sydney Sixers.

However, Bartlett has done his bit with the bat too. The Queenslander has scored 110 runs in five outings, being dismissed just twice. He even earned a promotion to number six, speaking volumes about this ability with the bat.

To cap it all off, Bartlett has seen his fantasy stock price rise by 45.49%, the highest for any bowler in the Brisbane Heat set-up. He's back after a brief hiatus for the Heat as they face off against the Strikers, who are reeling with just two wins so far. Given the form that Big X has been this season, you wouldn't want to overlook him in the Sixer Market!