Shadab and the Rest - Who Make the Cut as the Bulls of the PSL So Far? 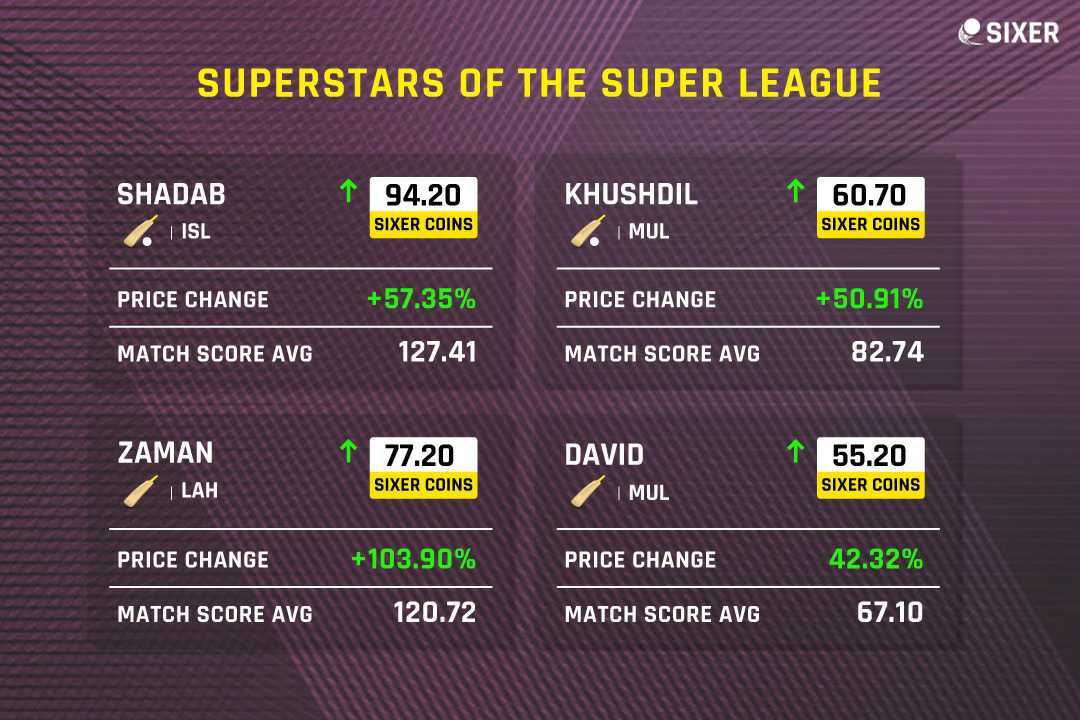 The PSL is back! After a couple of days off, the PSL bandwagon is back, this time in Lahore. The Karachi leg so a couple of individuals stand out with brilliant performances, be it with bat or ball. But only a few stand out as MVP candidates at the halfway mark. Without further ado, here are the top performers in the PSL - Karachi Leg!

Who else but Shadab? The Islamabad United captain has been in sensational form with both bat and ball with Islamabad occupying a top-three spot in the points table. While his batting has taken the next step in terms of progress, it has been his bowling that has been the more decisive of the two. With fourteen wickets in five matches, Shadab is odd-on favourite to end up as the leading wickettaker in the competition. But with the tournament only halfway through, there is no saying how impactful Shadab can be in the Lahore leg!

A surprise entrant, it's Khushdil Shah who makes the cut as a Bull in the first half of the PSL and why not? Khushdil has been brilliant with the bat when called upon to do a job. Who can forget his brilliance against Lahore, hitting three boundaries in the final over against Haris Rauf to hand Multan a win. But it has been Khushdil, the bowler, who has been the star of the show. With NINE wickets at an average of nine, Khushdil has provided balance and depth to an already strong Multan side. With Khushdil bound to play a bigger role with both bat and ball, the southpaw is in for a breakout PSL season.

Someone who can hold his own against Shadab in the MVP convo is Fakhar Zaman. The southpaw is in the midst of a career season as he leads the batters with 356 runs in five games. He has been brilliant against both pacers and spinners with his match score average of 120.72 being second to only Jason Roy and Shadab Khan in PSL 2022. Zaman will look to continue his rich vein of form at the top of the order in Lahore. With Rashid Khan likely to depart for national duty early next week, Zaman will be key for Lahore.

Last but not least is Tim David from the Multan Sultans. It is fitting that the unbeaten table-toppers are represented by two players on this list. Although a few might have expected Rizwan, Masood or even Tahir to make the list, Tim David's impact is immense and unparalleled across the PSL. David is among the league's top fifteen runscorers with 163 runs but none of them have faced less balls than David has (80). In the span of 80 balls across five matches, David has seen his price soar by 42%, which is a sensational feat for any batter. The explosive power he presents in the backend of the innings makes him a sought-after player in the T20 circuit and is exactly why he was drafted in by the Sultans. Perhaps an IPL contract is on the horizon?