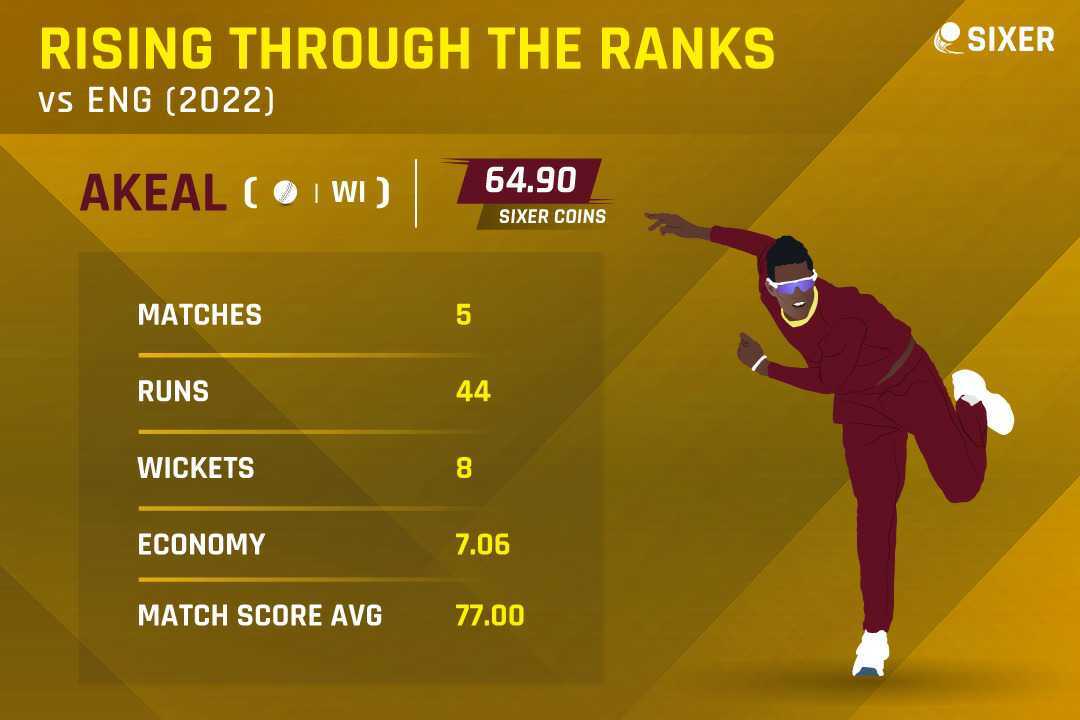 India vs West Indies action moves over the T20I format with the focus being on the much-awaited ICC T20 World Cup 2022, scheduled for later this year in Australia. Both teams will want to fine-tune their squads ahead of the marquee event and nail down all the roster members.

For India, the process seems to be a bit slow with a change in leadership and ideology over the last few months. But for West Indies, the inclusions of Odean Smith and Romario Shepherd in the last few series helps their progression and the team's cause as well.

But there is one individual upon whom West Indies will rely on quite a bit for the foreseeable future - Akeal Hosein. The young spinner has seen a meteoric rise in world cricket, even playing a few games in last year's T20 World Cup.

Especially with West Indies' struggles to completely replace Sunil Narine and even Samuel Badree in white-ball cricket, Akeal Hosein's rise has come as a breath of fresh air. But is he the real deal? Here's some much-needed insight to get yourself going ahead of the much-awaited first T20I between West Indies and India at the Eden Gardens!

There aren't more difficult assignments than facing an England side in the shortest format. England, as a unit, relies on an all-out approach and take the attack to spinners. But Akeal Hosein held his own with both bat and ball!

In five matches against England, which features some of the most explosive batters in Jason Roy and Phil Salt, Akeal Hosein picked eight wickets. But what was more impressive was his economy of 7.06, in a series that saw a lot of runs and boundaries being hit. For context, Holder, the best player of the series, went for nearly 8 runs per over.

It isn't just with the ball that Akeal impressed during the series. Akeal Hosein also scored 44 runs despite batting way down the order although he is more than capable of batting higher up as well.

An all-rounder in the mould of Ravindra Jadeja, Akeal relies on attacking the stumps and giving the batters no room to work with. Lethal in the powerplay as well, Akeal is a captain's delight. Although he might have been a touch unlucky not to have earned an IPL contract, Akeal is surely one to watch out for. Perhaps a good performance against India might do him justice. Given Eden Gardens reputation of aiding the spinners, Akeal could be a popular pick in the Sixer Market as well!