Will Lawrence's Absence Dent London Spirit's Chances Ahead of Clash with Hales and Co? 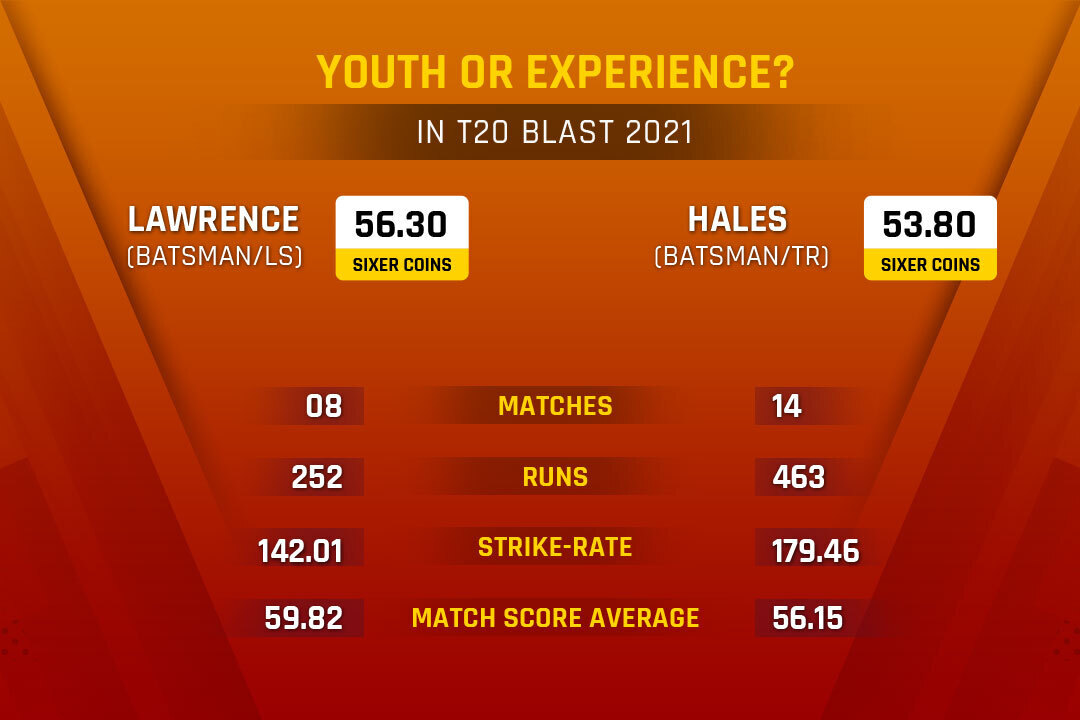 The Hundred has provided its fair share of entertainment so far. Right from high-scoring games to drama-filled low-scoring thrillers, the Hundred has turned quite a few heads.

The most entertaining team of them all has been the Trent Rockets. Having won both their games so far, the Rockets are at the top, although it hasn't been straightforward by any means. Riding on the exploits of Rashid Khan and Alex Hales, the Rockets got past the Superchargers earlier in the week in quite some fashion.

Shunned by Country, Loved by Many - Alex Hales is a force to reckon!

Speaking of Alex Hales, the Notts opener played a quite uncharacteristic inning to take his side home against the Superchargers. Despite starting slowly, Hales upped the ante to seal a memorable win. However, this burst of form isn't something new for Hales, the Trent Bridge faithful or Sixer Market regulars.

Alex Hales came into this new tournament on the back of a stunning T20 Blast 2021 campaign. The Notts opener smashed 463 runs in fourteen games while striking at an impressive 179.46. His intent at the top of the order and ability against both pace and spin make him a force to reckon with.

Heading into this all-important clash against London Spirit, Alex Hales will be expected to come good at Lord's, although he is in for a challenging task against Mohammad Amir upfront. But it isn't the bowling that the London Spirit are worried about at the moment.

Can London Spirit Cope With Lawrence's Youth and Explosiveness?

With England's Test stars Zak Crawley and, more importantly, Dan Lawrence leaving, London Spirit has a big hole to fill in the batting unit. Dan Lawrence has been one of the in-form players in the T20 Blast this season. With 252 runs in eight games at a match score average of 59.82, he fared better than Alex Hales!

In addition, Lawrence is a capable spinner who can burgle a block of five or two to hand his side some breathing space with the ball. However, Lawrence's absence will now hand an opportunity to perhaps Luis Reece or Adam Rossington.

While each of them is brilliant in their own right, the youthfulness that Dan Lawrence brings to the side is unmatched. The London Spirit have a challenging task in hand to curtail Alex Hales at Lord's. But the young and energetic spirits of London Spirit will be keen to overcome the experience that the likes of Alex Hales and Dawid Malan bring to the Trent Rockets side on Thursday!