Will The Real Warner Show Up in the Super 12 Curtain-Raiser? 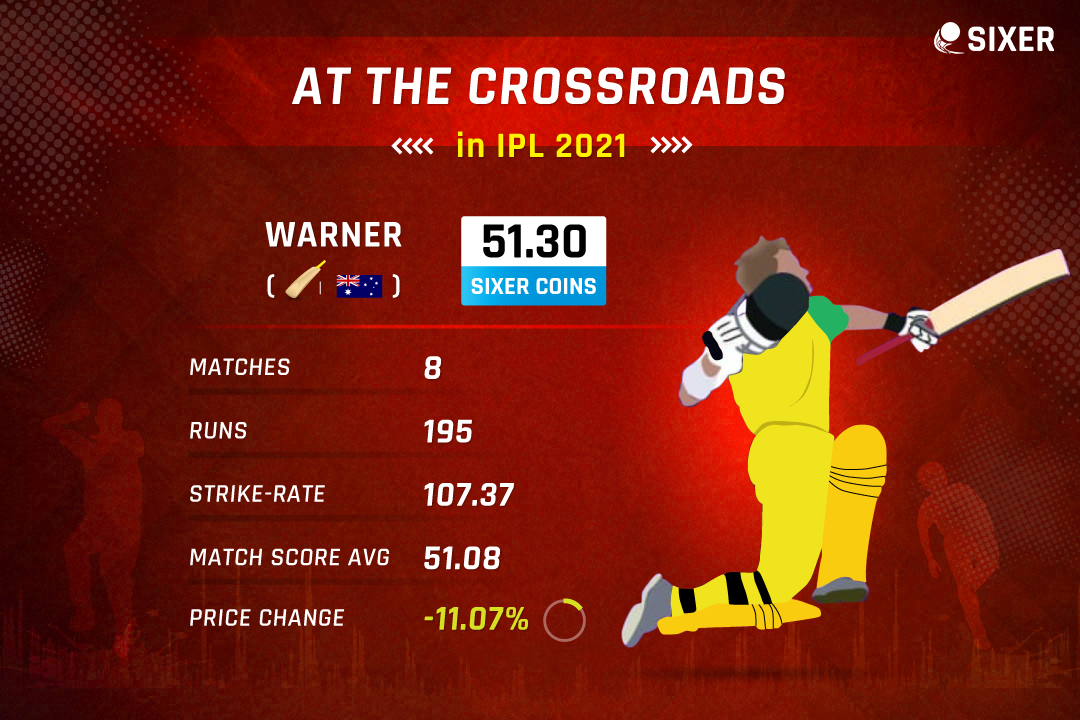 It's almost time! The main tournament, I.e. the Super 12 stage, is here, with two powerhouses of world cricket in Australia and South Africa taking centre stage at the Sheikh Zayed Cricket Stadium in Abu Dhabi. A lot will be expected of both sides, who are in the hunt for their first-ever T20 World Cup triumph!

Now a plethora of stars will be taking to the field as part of the curtain-raiser. Be it, Glenn Maxwell or Quinton de Kock, there is no shortage of opportunities in the Sixer Market! Walking along similar lines, we come across an intriguing case, one which provides a decent opportunity in the Market. However, it isn't as straightforward as it seems.

David Warner, Australia's star opener, has been through some tough times in recent months. Having started for Sunrisers Hyderabad for nearly seven years, a couple of subdued performances cost him captaincy and a place in the side altogether! His returns weren't in line with the standards he had set for himself, but a look into his poor form in IPL 2021 is necessary to dissect his potential for this World Cup. Without further ado, here's your dose of Sixer Insight for the day!

Are Warner's Powers On The Wane in T20 Cricket?

The question above implies two things. One is Warner's poor form, and the other is the southpaw having 'powers' that are highly valued on the cricket field! Just to get it out of the way, Warner is a generational talent who has the unique ability to score big runs at a fair rate.

His consistency in the IPL is unheard of, with a couple of IPL Orange Caps to his name as well. The southpaw could even lay claim to being the greatest ever overseas recruit in the tournament's history!

However, Warner could only muster 195 runs in eight games in the IPL before being cast aside rather unfairly by the Sunrisers Hyderabad management. Although the returns weren't too bad, his strike rate of 107.37 certainly is, especially for an opener of his class.

The southpaw wasn't able to get going in the powerplay overs with teams stifling him with off-pace deliveries. Another trademark in Warner's batting was his ability to punish wide balls or anything that offered room. He wasn't able to do it to a full extent in IPL 2021, something that indicated a drop in form or, worse, a decline in the so-called 'powers'.

However, Warner is a man for the big occasion! He was the highest runscorer for Australia in their last ICC World Cup campaign in 2019. Although he doesn't have fond memories of UAE, Warner cannot be taken lightly at any cost. Whether he finds his form as soon as today or as the tournament progresses is a call that may intrigue fantasy shareholders, but the fact remains that Warner is still a world-class talent. With South Africa being one of his favoured opponents, it could well be today that Warner proves his critics wrong, both on the field and in the Sixer Market!