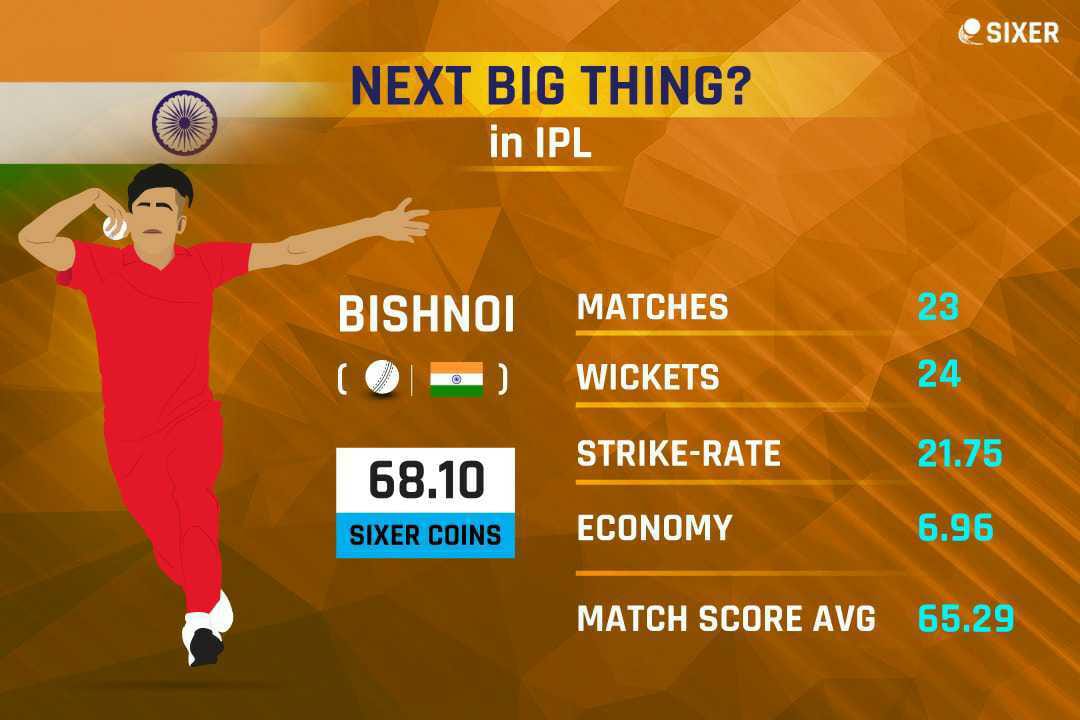 Ever since Kuldeep and Chahal were dropped from the white-ball set-up, India has had its fair share of troubles in the spin department. They have tried new blood in Rahul Chahar and Varun Chakravarthy, even gone back to Ravi Ashwin. However, their spinners have lacked conviction in the middle-overs.

With Virat Kohli stepping down and a few white-ball marquee tournaments coming up, the need for a gun spinner is the need of the hour. Up steps Ravi Bishnoi, a young leggie who first made his name in the U-19 World Cup in 2020. Fast forward a couple of years, Bishnoi is touted as the brightest spin prospect in India.

To fully understand Bishnoi's prowess, here's some much-needed insight to get yourself going in the Sixer Market! Without further ado, here we go!

Spin It Like Bishnoi - Leggie Averages Match Score of 65.29 in IPL Cricket!

Ravi Bishnoi's U-19 World Cup exploits earned him an IPL contract with the Punjab Kings. Under the tutelage of Anil Kumble, Bishnoi was able to turn a few heads with his leg spin. In 23 matches, Bishnoi picked 24 wickets, which isn't eye-catching. However, this is where it gets really interesting.

Bishnoi picks up a wicket every 22 balls at an economy rate of just 6.96. He relies on his variations to do his bidding in the middle-overs with his googly being highly rated. Likened to Rashid Khan, Bishnoi can turn the ball at a fair rate, serving him well in the IPL against quality oppositions.

As a result of his performances, Bishnoi has averaged a match score of 65.29, the highest among all spinners not named Rashid Khan, across two seasons. For a spinner to turn out such numbers at a young age is truly incredible.

Can Bishnoi replicate his IPL form onto the biggest stage?

Granted that IPL and international cricket are different beasts, the quality of cricket isn't far off. Teams have struggled against spin in the middle-overs, an area that India has struggled with since 2019. Bishnoi has decent control with the ball and is also a decent option with the bat. Not to mention, he is a gun fielder, providing some depth as well.

With Bishnoi likely to earn a national cap against the Windies later this month, he is bound to gather some experience. Although it may take some time for him to truly realise his potential, Bishnoi is the real deal in terms of potential. But given how he goes about his work, don't be surprised if he takes to international cricket like fish to water.