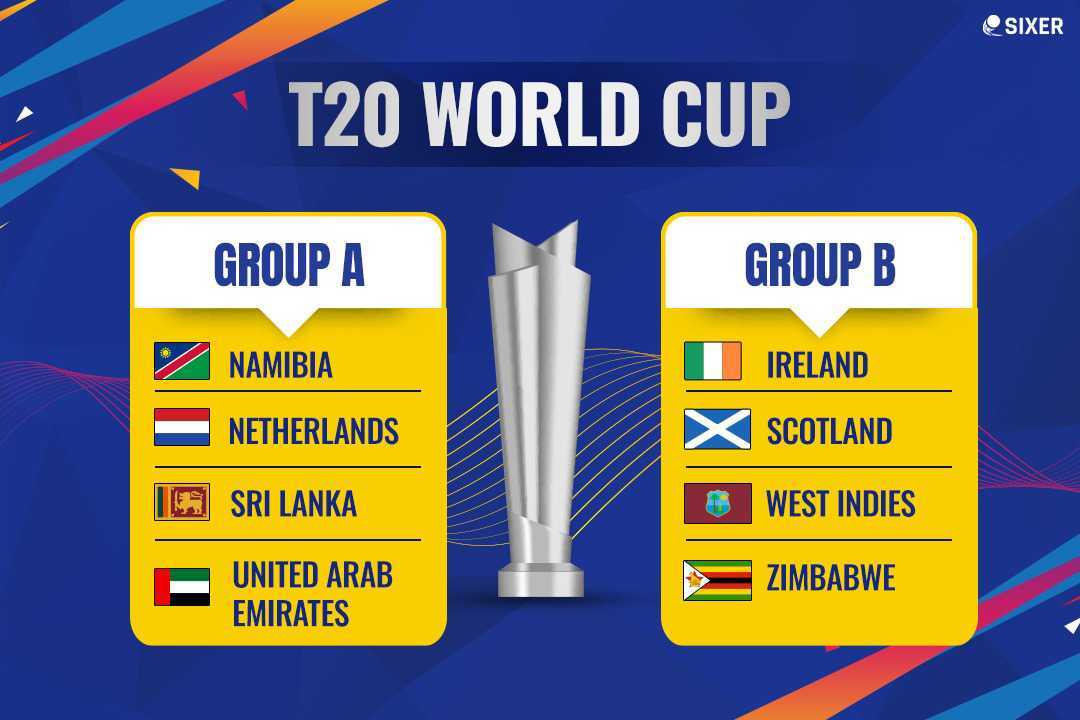 The ICC T20 World Cup is here, starting with the Group Stage involving eight teams competing for a spot in the Super 12 alongside India and Australia.

Teams like West Indies and Sri Lanka are in action in the opening week. But it is not just about those two teams! Here is what you can expect from the rest of the teams and why you should be trading in players from those teams too!

The Irish are one of the more-known nations in the Group Stage. They have often made a mark in big matches - be it in the 2007 ICC World Cup or their big win against England in 2020.

Ireland has a youthful side in place, led by Andy Balbirnie. While Balbirnie will be key with the bat, a lot will ride on the shoulders of Paul Stirling, who has ample franchise league experience. They have sufficient depth in the batting unit with Lorcan Tucker and George Dockrell scoring fifties against a strong Afghan bowling attack earlier in the year.

While their batting would be crucial, the Irish duo of Joshua Little and Mark Adair are not in Australia just to make up the numbers. Little, in particular, started in the Hundred and Adair boasts of a bowling strike-rate that is better than the likes of Bumrah and Rabada. All in all, Ireland has the tools to compete with the best and will fancy a Super 12 spot this time around.

Players to Watch Out For: Joshua Little, Paul Stirling

Zimbabwe was unlucky not to feature in last year's ICC T20 World Cup due to a suspension. But they are seemingly back to their best under new coach David Houghton, who has embraced an attacking brand of cricket.

They are in fine form this year, steamrolling opponents in the Qualifiers and beating Bangladesh in a T20I series. Not to mention, they beat a full-strength Australia side in an ODI recently too!

Zimbabwe has a heap of experience to fall back on in the likes of Sean Williams and Craig Ervine. Sikandar Raza is in the form of life, scoring runs for fun in the middle order and Blessing Muzarabani, a tall, hit-the-deck-hard bowler who can bamboozle even the very best. With a renewed sense of belief, Zimbabwe have a fair chance of upsetting the odds.

Players to Watch Out For: Blessing Muzarabani, Sikandar Raza

If you watched the previous World Cup, surely Scotland would've caught your eye. They went unbeaten in the Group Stage, upsetting Bangladesh in their opening fixture. And since then, they have only gotten stronger.

Sure, veteran Kyle Coetzer is no longer active in international cricket. But captain Richie Berrington and Calum MacLeod have been the mainstays of the Scottish batting unit for quite some time. One to watch out for is George Munsey, who strikes at 144 in T20Is.

A couple of familiar names make up the Scottish bowling attack with Brad Wheal, who plays for Hampshire, leading the way. Mark Watt is an exceptional left-arm spinner who has a T20I economy rate of just 7.09. Anything less than qualification to the Super 12 would be regarded a disappointment for Scotland.

Players to Watch Out for: George Munsey, Mark Watt

Netherlands had a disappointing World Cup campaign last time around, losing all three Group Stage matches. However, a lot has changed since then. Ryan Campbell and Scott Edwards have taken over as coach and captain respectively with the team making progress in what is a new era for them.

While veterans Colin Ackermann and Roelof van der Merwe are still reliable, the emergence of youngsters Bas de Leede and Brandon Glover is promising. Max O'Dowd is highly-rated in the shorter formats, as is Tom Cooper.

All eyes will be on Bas de Leede, who is touted as the next Ryan ten Doeschate. de Leede is expected to bat at number three and make an impact with his medium-pace. He could well be a sought-after commodity in franchise cricket soon.

Player to Watch Out For: Bas de Leede, Fred Klaassen

Namibia's rise in international cricket of late has been nothing short of stunning. While an influx of South African cricketers has helped, their performances have been noteworthy ever.

Watch out for Ruben Trumpelmann, a heavily-built left-arm pacer, who was the undoubted breakout star for Namibia in the previous edition. The conditions should suit his bowling and don't take his batting lightly - he has a T20I strike-rate of 136 in his brief career so far!

Players to Watch Out For: Ruben Trumpelmann, Gerhard Erasmus

UAE might be newcomers to this event but they are ranked above teams like Namibia and Netherlands. The emergence of D10, D20 and Sharjah series has helped UAE unearth new talent like Vriitya Aravind and Karthik Meiyappan.

While current captain CP Rizwan has shown glimpses of his form recently, a lot will rely on the duo of Waseem Muhammad and Chirag Suri at the top of the order. Waseem, in particular, is a fantastic player who has an average and strike-rate of 40.62 and 152.58 respectively!

If T20, as a format, has shown us anything, it is that you can never take any opponent for granted. By the looks of it, UAE is here to stay!

Players to Watch Out For: Vriitya Aravind, Karthik Meiyappan