Up Against the Odds - Can Shaheen and Rauf Power Lahore to Another PSL Final? 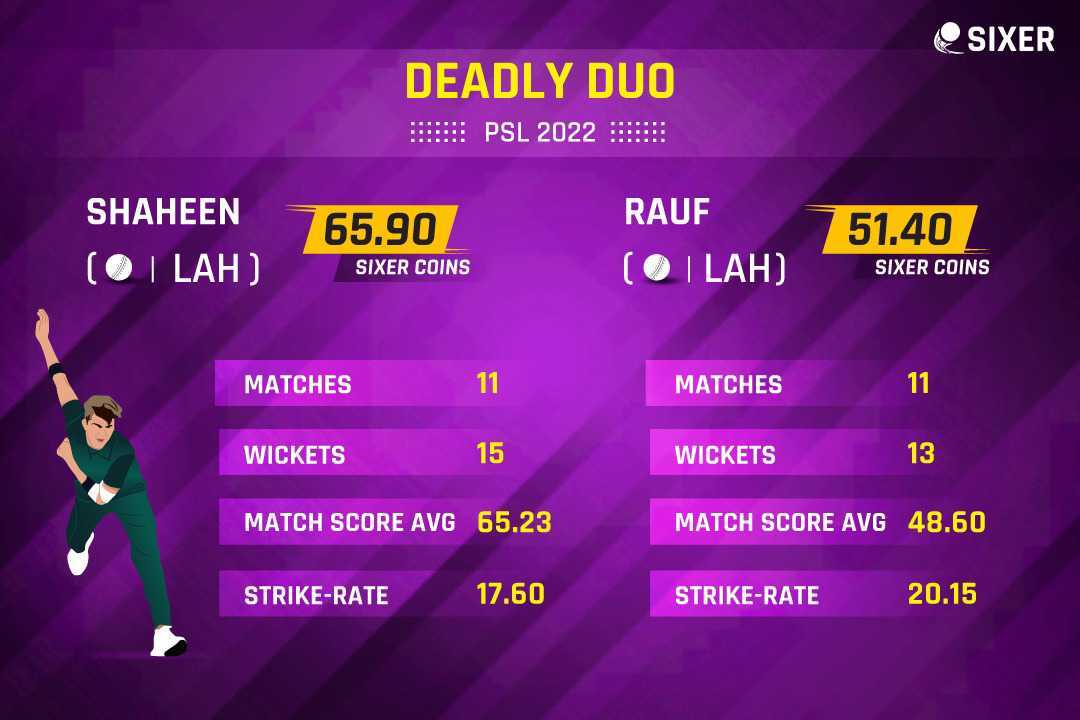 It's that time of the PSL with a team having to relinquish their title hopes with each passing game. After a brilliant win over Peshawar Zalmi, Islamabad United face a stern test in the form of Lahore Qalandars, who will have home support to fall back on. However, it isn't as easy as said.

Islamabad United, who were long with a few of their stars, are nearly at full strength and are raring to make yet another final. With Alex Hales and star allrounder Shadab Khan in the side, you wouldn't want to go against Islamabad.

But again, Lahore isn't your average team, is it? Blessed with a strong batting unit and an even superior bowling attack, Lahore will fancy their chances of a win and qualify for the finals. Although Fakhar Zaman leads the charge with the bat, all hopes and eyes will be on the star duo of Shaheen Shah Afridi and Haris Rauf, two of the best T20 bowlers in the world.

Although they haven't been in the best of forms of late, both Shaheen and Haris have done well in holding fort with the ball in hand. But are they capable of powering Lahore past Islamabad? Here's an insight into today's game.

Shaheen, Rauf vs Islamabad! Can Lahore Edge Shadab and co?

Shaheen Afridi has been brilliant so far in PSL 2022 with 15 wickets in 11 games. He is the highest wicket-taker among pacers with his swing bowling ability holding him in good stead so far. Although he has been expensive in the death of late, Shaheen is one of the go-to bowlers for Lahore.

As for Rauf, he has complemented Shaheen well although his match score average has dipped under 50 in the last few games. His express pace and ability to hit the deck hard serve him well and would be key on what is a sluggish track in Lahore.

Both Shaheen and Rauf finished wicketless in the previous game, which didn't bode well for Lahore in the end. But given how these two bowl in tandem, Lahore will be hopeful of a better performance today. Against an Islamabad United side that boasts of Hasan Ali at number eight, Lahore will need all the wickets they can get from Shaheen and Rauf. But will they negate the Islamabad United batting depth? Only time will tell!